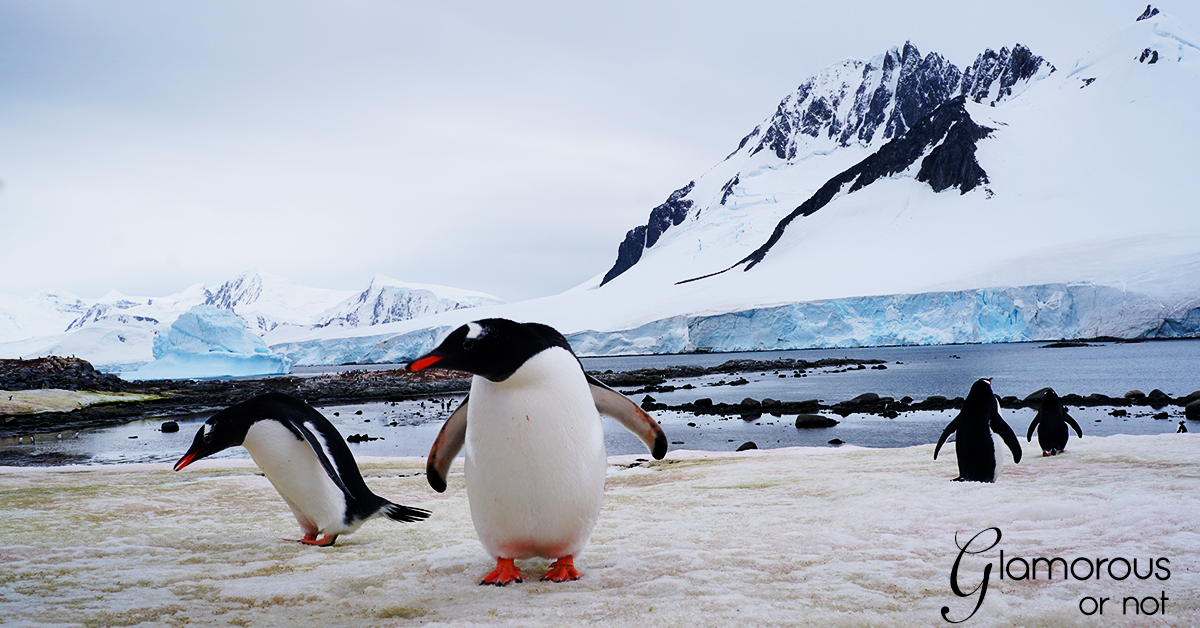 “This is not a cruise, this is an expedition.”

That was the opening line of our trip, delivered by Sara, the fearless leader of the expedition team.

I’m sure people are wondering what the draw towards Antarctica is. After all, isn’t it just a lot of snowy white space? I exhausted glacier viewing & hiking in Patagonia & checked penguins off of my bucket list in Punta Arenas. I can see snow almost anywhere in the world. Why would I pay over $5000 (discounted) for a trip to Antarctica??

Whether you’re thinking those thoughts or not, this blog post is for you.

Actually, I could write a book about the things I did & saw on the 10 day, G-Adventures Antarctic Expedition.

If you’re wondering how I ended up on this G Adventures Antarctica Expedition, read about it here.

We began our journey crossing the calm Beagle Channel from Ushuaia, Argentina. At 9:58 on night one, I wrote in my notebook, “it’s 9:58pm &, right on schedule, I think we’ve just arrived in The Drake Passage.” That’s the time that the wind began to suddenly howl &, as if on cue, the ship started rocking & rolling. 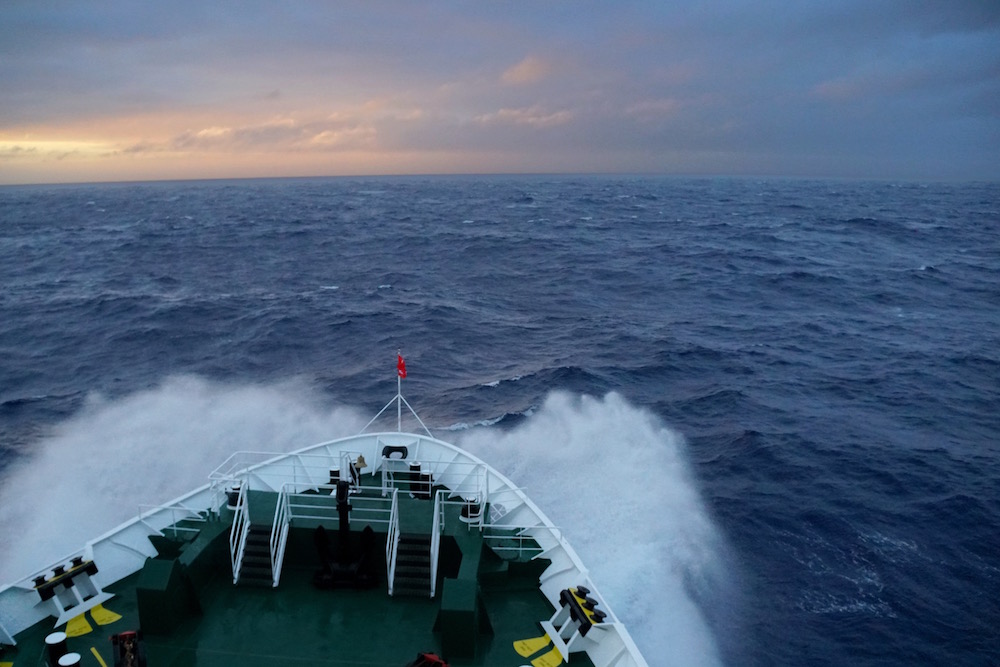 The Drake Passage is some of roughest water in the world– the REAL “wildest ride in the wilderness.” Cups & wine bottles were rolling off of tables. Unidentified objects were banging around in the night. Wedged pillows were placed under mattresses to prevent people from rolling out of beds. On the bottom deck, my roommate & I probably had a less turbulent night than those on the upper decks.

In the morning, I managed to stumble upstairs to breakfast, take a few bites of food, grab a vomit bag — just in case — & head back to sleep. I was fortunate that this was the worst of my motion sickness on the first crossing. I was less fortunate on the much rougher return journey– but that’s another story.

Early on, I lost track of days & time. I think it was on day 3 around lunchtime when people began jumping up from the tables with exclamations of joy & excitement. I, too, abandoned my plate & raced to the window to see what the commotion was about.

What I saw in front of me was the most beautiful sight! 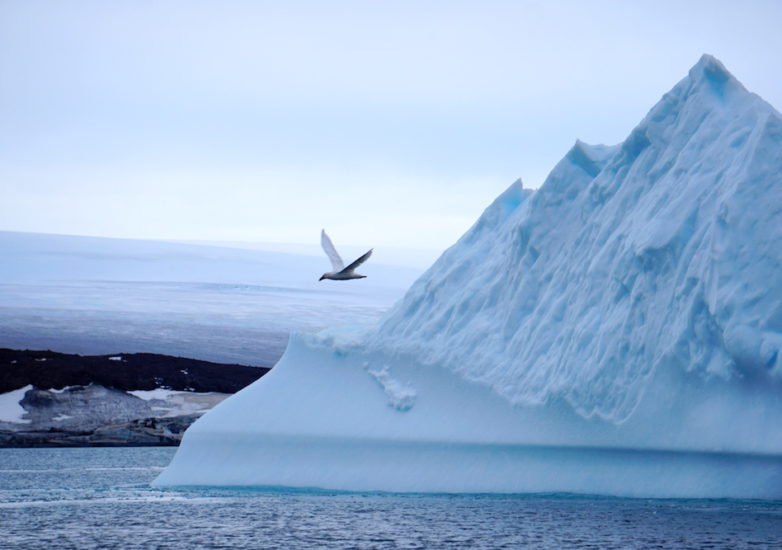 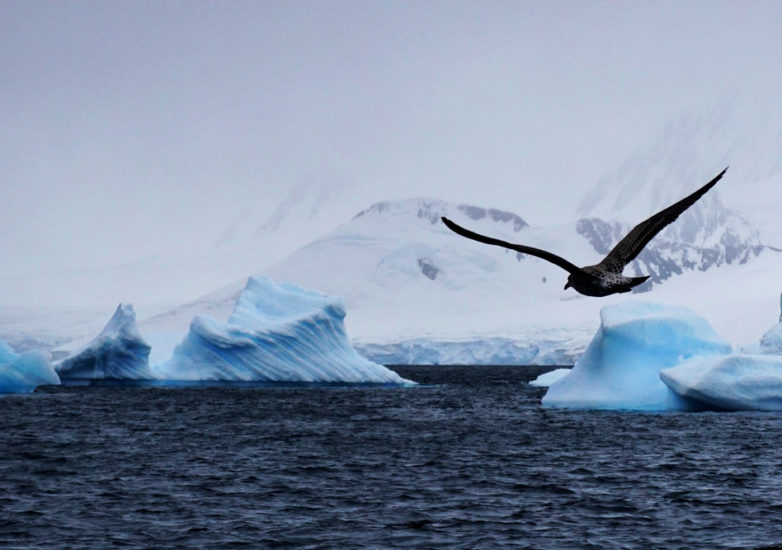 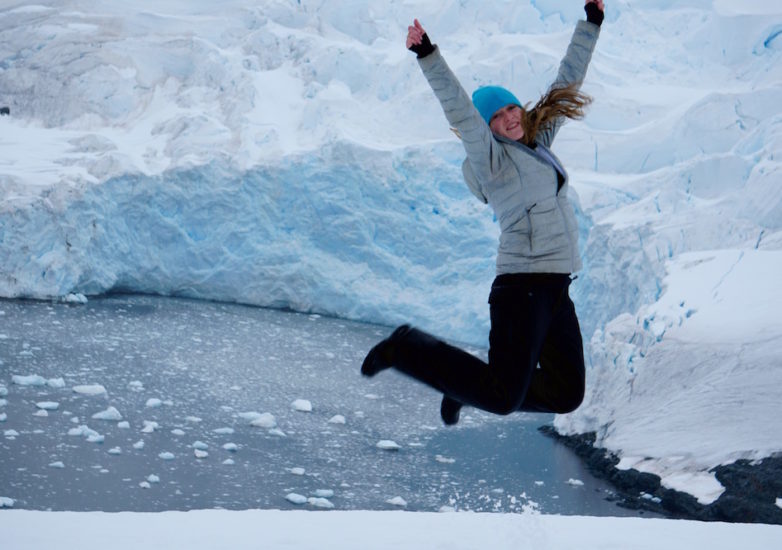 Antarctica straight ahead! Unpredictably, the tears of joy rolled down my cheeks like the rain pouring down outside.

We arrived on the continent several hours early & made an extra bonus landing that afternoon– our first of 8 expeditions into the Antarctic wilderness. In the chaotic “mud room,” 130 passengers eagerly donned waterproof pants, boots, & giant red jackets & lined up to board the zodiacs. At last we had arrived.

The next four days were a surreal blur. Antarctica is as wild, unpredictable, & dangerous as nature can be. The weather, as with the day’s plans, can change in an instant. Nobody blinked an eye if we had to forgo a landing & head for the next site. 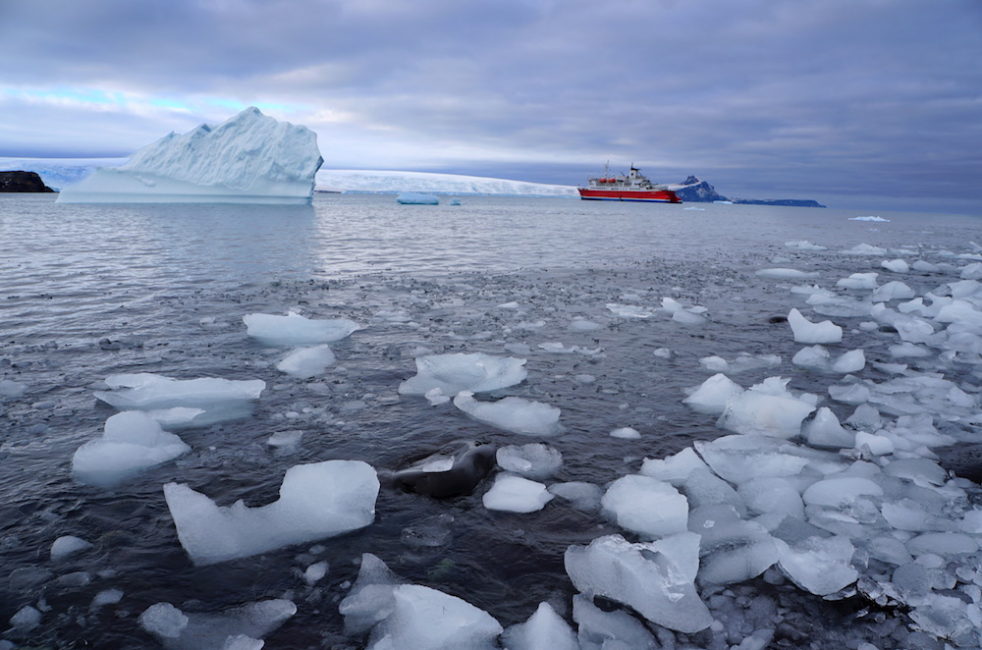 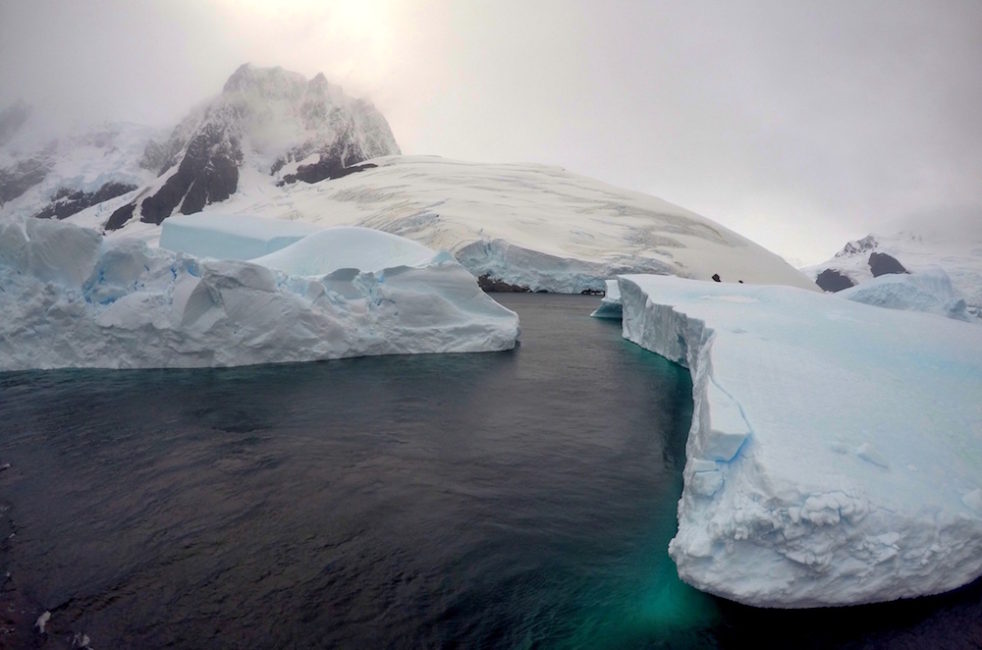 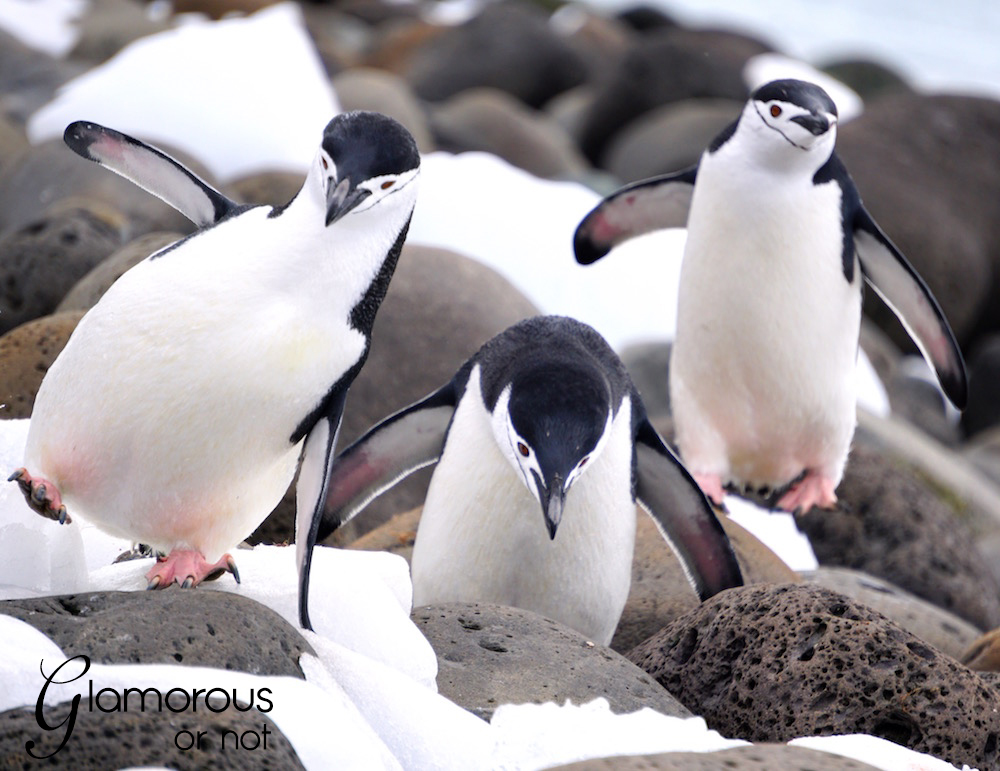 We saw penguins– so many adorable penguins. Almost everyone had a chance to be poked & prodded by curious, baby Gentoos. We saw glorious humpback whales breaching just a few meters in front of the ship. We got chased by & had to stand our ground against aggressive fur seals.

Perhaps my favorite moments were the rare sightings of leopard seals. These magnificent, giant creatures play with baby penguins like cats hunt mice. In one day we spotted not one, but two, leopard seals on two separate occasions. We sped right up to them in the zodiacs & watched the carnage from just meters away as they tossed their penguin prizes around & ripped them to shreds. It was a spectacular show that lasted 45 minutes, as if all for our entertainment. These were the first & only leopard seal sightings of the season, as we were on the last G-Adventures ship down for the year. 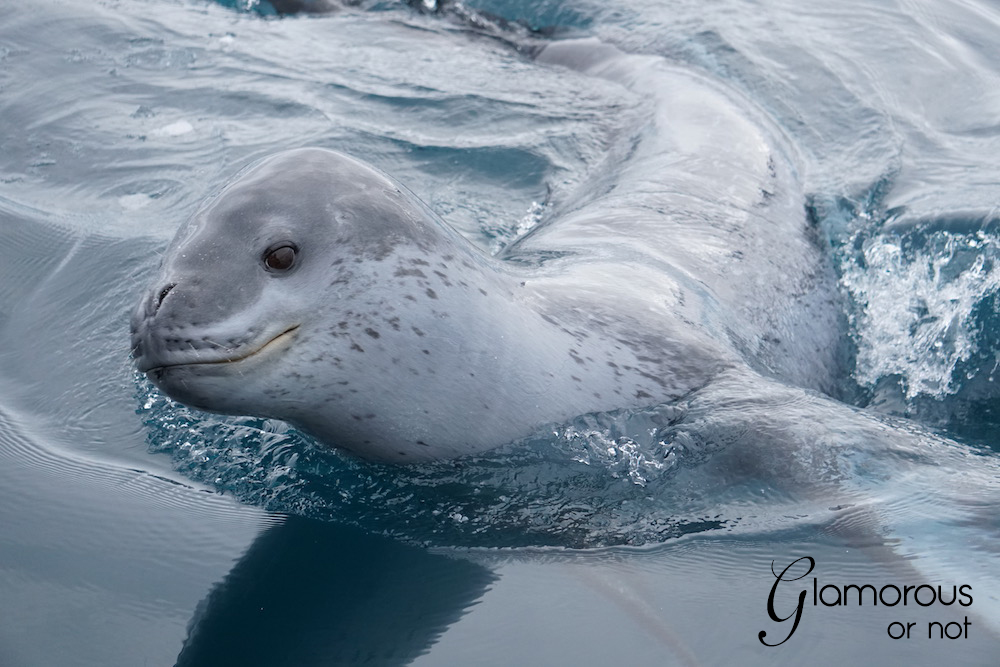 Later that evening, we watched a Nat Geo video about a diver who went down to spot a leopard seal. If I had not just seen these creatures in action, I never would have believed his story or the footage. Although humongous & terrifying to their penguin prey, they are soft-hearted & playful like puppies.

Another extremely nerve-wrecking experience was the crossing of Lemaire Channel. Nearly all 130 passengers were outside on deck holding their breath with nervous anticipation for this. For most of the season, the channel is open & can be easily navigated. However, since the last crossing two weeks before, a giant iceberg had moved in to block the way. Our heroic Russian captain guided the 22 meter ship through the 50 meter ice passage. Taking into account the strong gusts of wind & lack of visibility, this was extremely dangerous. None of the staff & expedition team had ever witnessed anything like it, they said. On the loudspeaker, Sara was about to announce that we were turning around, but stopped mid sentence when the captain informed her that he was actually going for it!! I couldn’t believe we were going for it!! Later, she admitted that she, too, was completely shocked by his decision & that you could cut the tension in the bridge room with a knife. 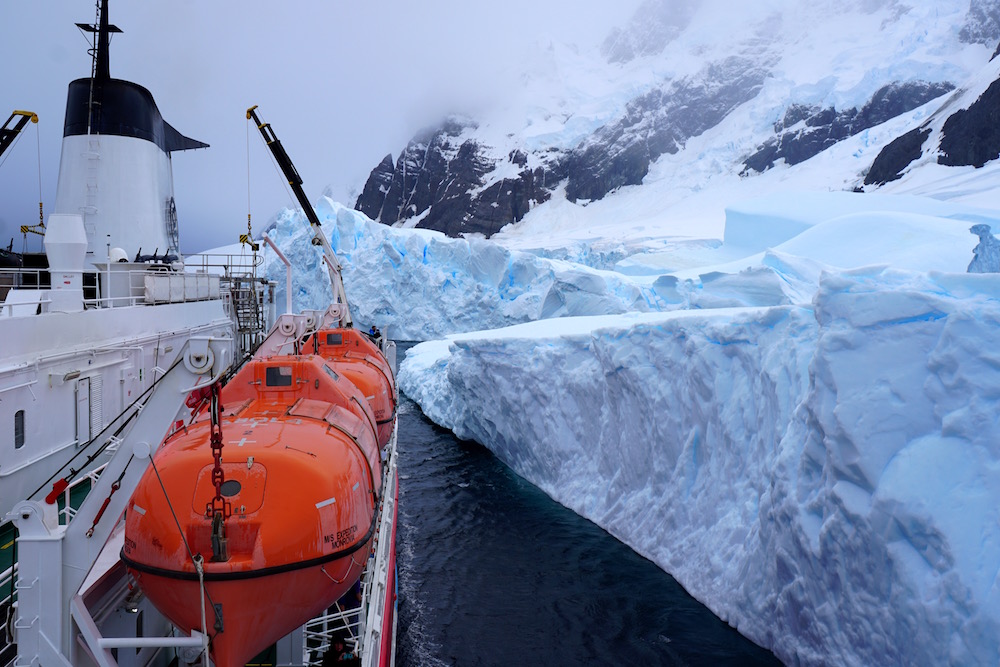 I prepared to make a beeline for the rescue boats.

We made a narrow escape through the channel. The crowd went wild.

Just when I thought the sites couldn’t get better, they always got better. I was blown away by the variation in the scenery between each landing. Every single moment was wild & breathtaking.

As always, being in nature is magical & humbling. Stepping onto a continent that less than 0.001% of the population have the opportunity to visit is something else. I had to repeatedly pause to breath & remind myself of what planet I was standing on.

Sitting & staring into the expansive, untouched space around me for the last time, I was reminded again of how infinitely small & insignificant human life is. I am to the universe what a speck of snow is to the Antarctic– dust. From dust it was all created, to dust & specks we will one day return.

Back on land, my heart continues to overflow with gratitude for the opportunity to jump on board this once in a lifetime voyage– a gratitude unlike anything I’ve felt before.

Photos are courtesy of my lovely cruise roommate, Kelsey from LA. Follow her Instagram to see more of our epic journey. @kelsey__vinson 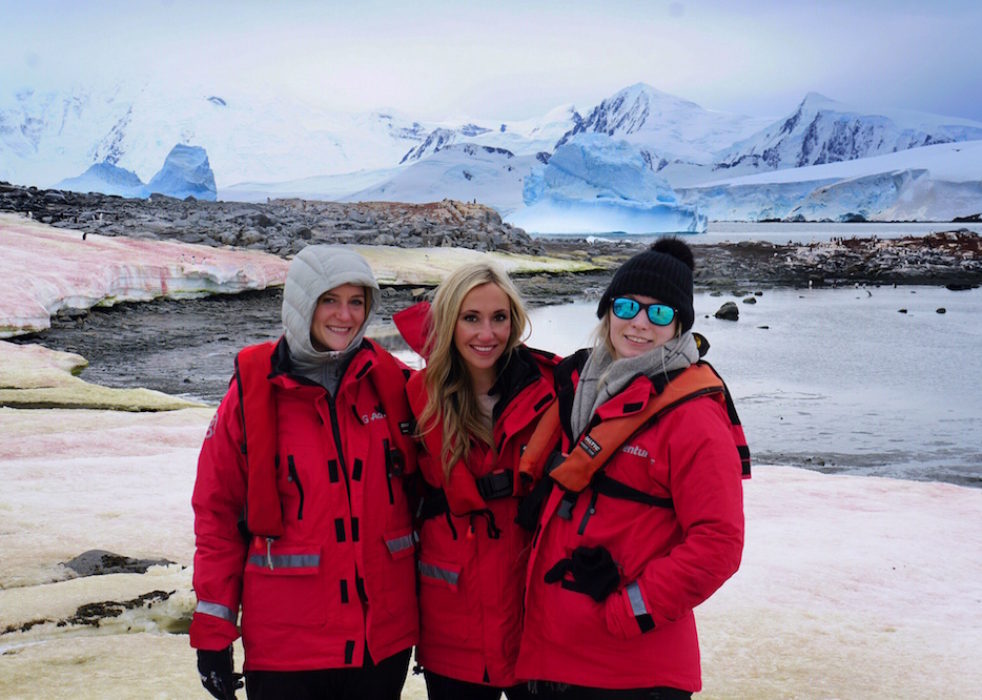 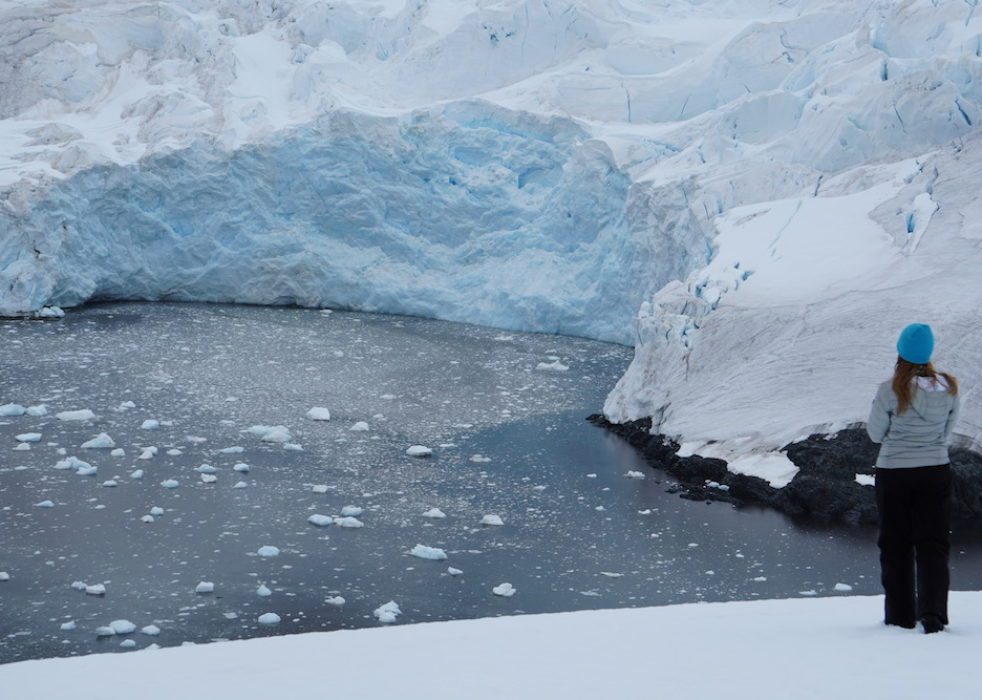 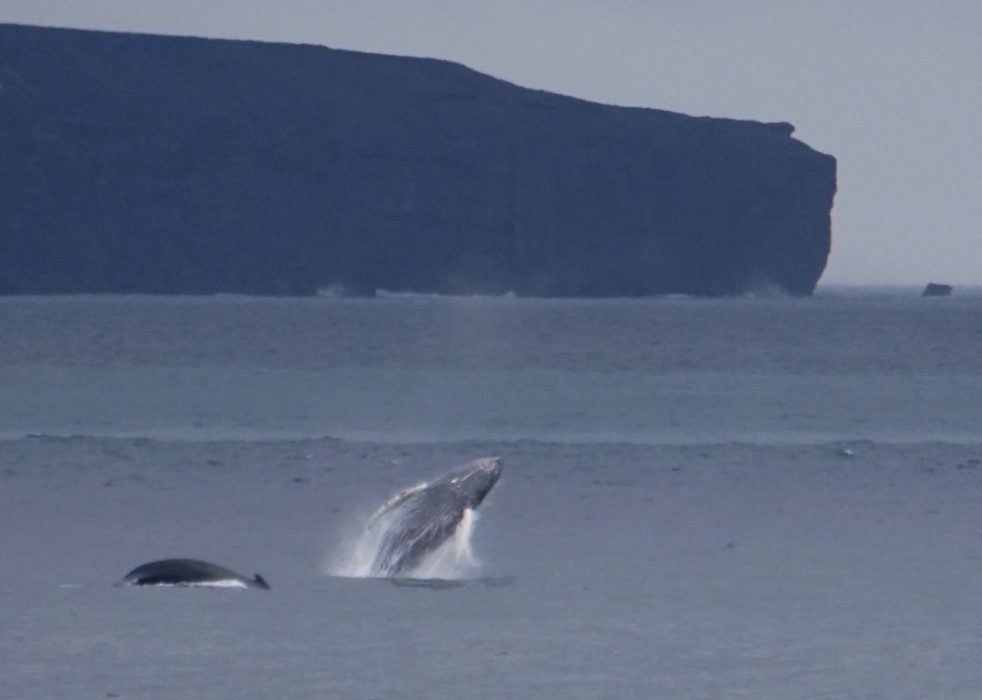 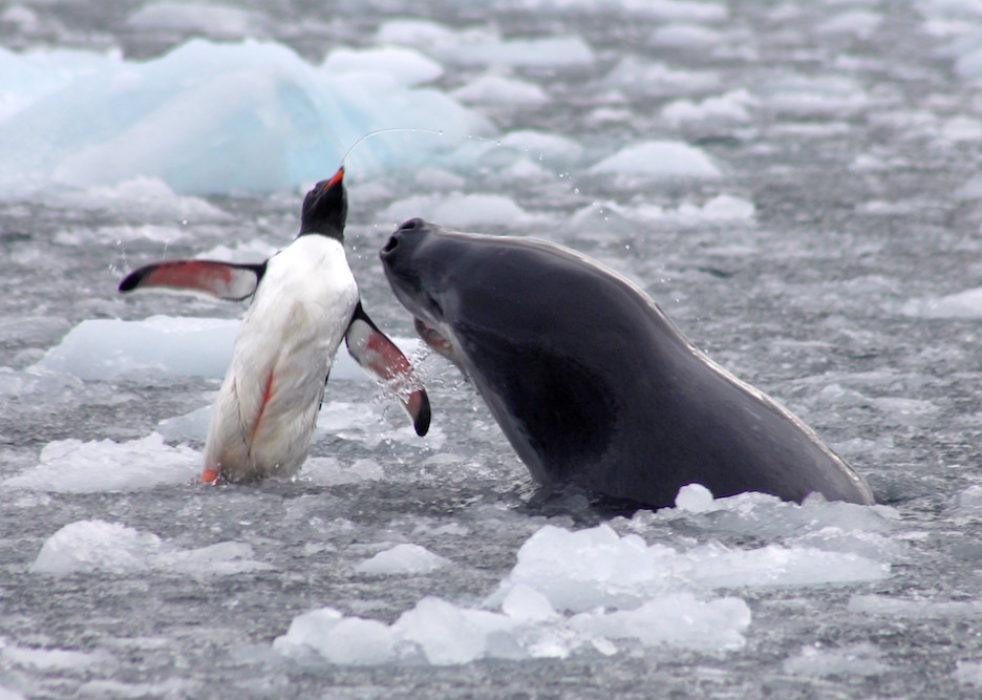 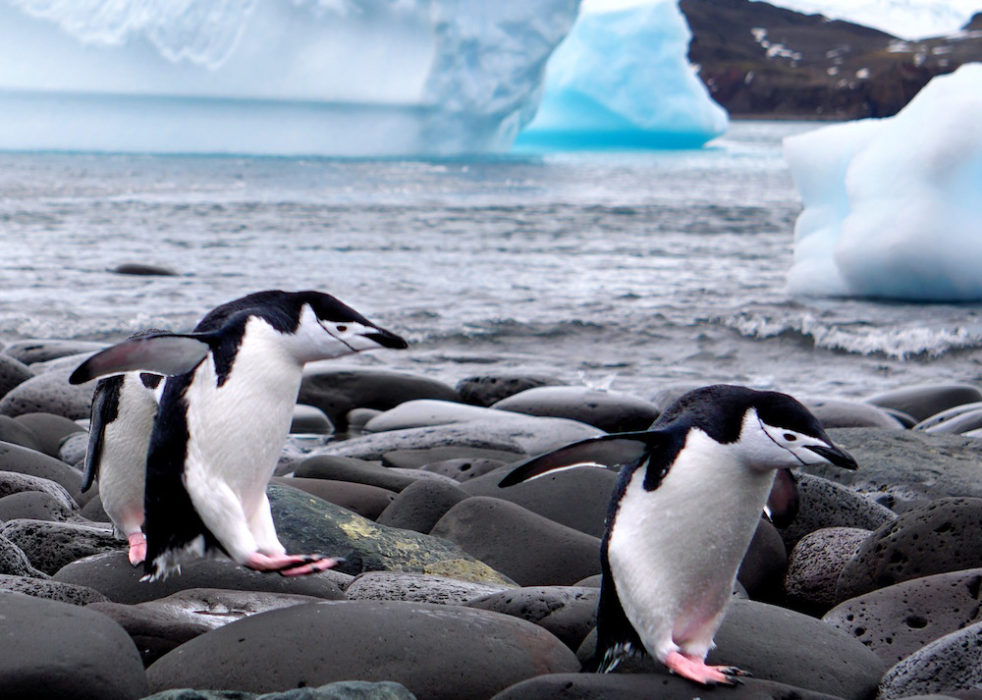